South Korea to kick off investment into the future of smart transportation and infrastructure over the next decade.
Kyunghee Park, Bloomberg 15 Oct 2019  12:50 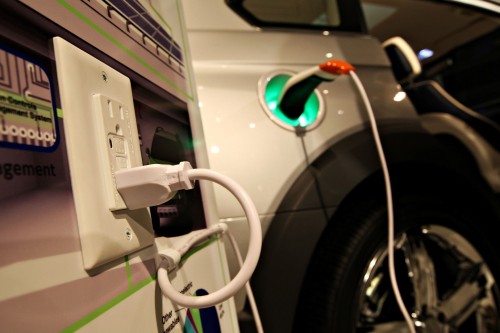 The South Korean government to consider extending subsidies to buyers and slashing hydrogen prices in half by 2030 to promote the sales of EVs and hydrogen-fueled vehicles. Image: Daniel Acker, Bloomberg

South Korea unveiled plans to speed up the adoption of electric cars, self-driving vehicles and even flying automobiles in the coming years to help revive a sagging economy.

President Moon Jae-in said in a speech Tuesday Korean companies will invest 60 trillion won ($50 billion) over the next decade into the future of transportation. The government will spend 2.2 trillion won to help develop related technology and help lay the groundwork for the infrastructure needed for things such as robocars, he said. Commercialisation of fully autonomous vehicles will occur by 2027, or three years earlier than planned, he said.

Moon is betting that the investments will create jobs and spur an export-dependent economy that’s been among the hardest hit from global trade tensions, with the central Bank of Korea warning as recently as this month that it will be difficult to achieve 2.2% growth this year.

Moon also predicted that electric and hydrogen-fueled vehicles will account for 33% of automobiles sold in 2030, compared with about 2.6% in 2019. By comparison, China has said it is targeting all-electric cars, plugin hybrids and fuel-celled vehicles to account for 40% of all sales by 2030, a person familiar with the matter has said.

To promote sales of these vehicles, the government will consider extending subsidies to buyers and slashing hydrogen prices in half by 2030 from current levels, according to a joint statement by the Ministry of Trade, Industry and Energy and other ministries Tuesday.

The government will also encourage operators of buses and trucks to switch to electric and hydrogen vehicles. It will increase the number of EV charging stations to 15 000 locations by 2030 from the current 5 427, while hydrogen refueling spots will increase to 660 from 31, according to the statement.

For autonomous driving, the government plans to set up regulations by 2024 so robocars will be able to operate on local roads — with varying degrees of driver supervision.

Korea also plans to set up a route system and safety rules by 2023 to start services of personal air vehicles from 2025, it said.

In line with the government’s plan, Hyundai Motor Group plans to invest 41 trillion won by 2025 in autonomous vehicles, with some cars being rolled out as soon as 2021. It’s also planning to have a line-up of 23 EVs by 2025.

Hyundai last month agreed on an autonomous-driving joint-venture with Aptiv Plc to develop technology needed to put robotaxis on the road by 2022. It also set up a new urban air mobility division to come up with smart products within the aviation industry.

We know that a 5G network will be critical to accommodate such level of data consumption.

Interesting to see what would be more expensive to run per km?

A. The fuel used in an ICE-engined vehicle?

B. The cost of data-usage per km?

(With the comparatively high cost of data in SA, courtesy of Govt’s non-willingness to provide more spectrum, I think you’ll likely going to “top up” with data more frequently, than topping up with 95-octane…)

Oh wait…we in SA will drive our autonomous cars between 24h00 – 05h00…to make use of “night time data” specials (“sorry Honey for arriving home after 12 at night…I really ran out of data half-way home, so had to wait to 12pm for night-data to kick in” 😉

…and after payday, we can afford again to drive during normal data-hours.