In the latest sign of dangerous overcrowding in low earth orbit.
By Julie Johnsson, Bloomberg 29 Dec 2021  07:39 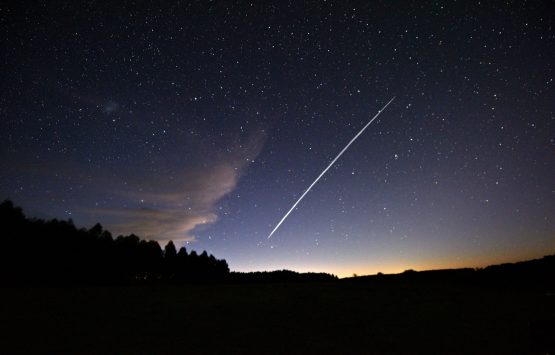 A pair of dangerously close space encounters is adding to tensions between the US and China, while underscoring the potential peril to astronauts as satellite constellations and debris proliferate in orbit.

Two SpaceX satellites had near misses with China’s space station earlier this year — one of them within 4 kilometers (2.5 miles) — in the latest sign of dangerous overcrowding in low earth orbit.

In both instances, the orbiting lab made evasive maneuvers to avoid the Starlink satellites operated by Elon Musk’s space venture. The margin for a near-miss in October could have been as little as a few hundred meters if the astronauts on board the space station hadn’t shifted to a different altitude, according to data compiled by astrophysicist Jonathan McDowell.

The close encounters prompted the Chinese government to criticize SpaceX in a December 6 memo to a United Nations committee that oversees operations in space. China’s complaint could prompt global action on managing congestion in space.

“Originally, when I saw this Chinese U.N. document, I went, ‘That’s a bit rich of the Chinese, given the space debris they’ve generated,’” said McDowell, an astronomer at the Center for Astrophysics, which is operated by Harvard University and the Smithsonian Institution. “But I think it’s a good sign.”

By flagging the issue to the U.N. panel, China could spur the international community to update a treaty rooted in the Cold War, as well as an informal system that relies on operators to email warnings of potential collisions to each other, McDowell said. He counts more than 4 800 commercial satellites in operation, about double the total from five years ago, along with a debris field of about 19 000 objects large enough to be tracked on radar.

The International Space Station, in which the US is a partner, has faced close calls of its own, ducking debris fields created from anti-satellite weapons tests by Russia in November and China in 2007.

Until recently, most satellites beamed signals from fixed locations far above the stretch of space where the International Space Station and China Space Station operate. But that’s changing as Space Exploration Technologies Corp., the formal name of Musk’s company, OneWeb and other new entrants launch smaller satellites to offer services like internet broadband from low earth orbit.

Such activity is led by SpaceX, which has launched more than 1 700 of its own satellites as it builds a telecommunications arm to help fund other company forays into deep space. Unlike geostationary satellites, Starlink’s can be maneuvered and come equipped with anti-collision technology.

China’s memo cites Starlink-1095, which had operated at an average altitude of 555 kilometers earlier this year, before descending to 382 kilometers and having a “close encounter” with the China Space Station on July 1. An incident with a separate Starlink satellite occurred October 21.

The Chinese government alerted UN Secretary-General Antonio Guterres on December 3, Foreign Ministry spokesman Zhao Lijian said Tuesday at a press briefing in Beijing. He contended that the US isn’t meeting its obligations under the Outer Space Treaty. The incidents endangered the station’s operators, he said.

The US State Department declined to comment on the SpaceX incidents specifically. “We have encouraged all countries with space programs to be responsible actors, to avoid acts that may put in danger astronauts, cosmonauts, others who may be orbiting the Earth,” Ned Price, a department spokesman, said at a briefing Tuesday.

The space rivalry between the US and China has been heating up in recent years. A top Chinese scientist this month said his country may be able to send astronauts to the moon for the first time by 2030, setting up the possibility of dueling missions between two of the world’s best-financed space powers.

Musk is also chief executive officer of Tesla Inc., which has received unprecedented policy concessions and extensive government assistance in building a factory in Shanghai. SpaceX didn’t respond to inquiries about the Starlink incidents.

China launched the Shenzhou-13 spaceship on October 16, sending three astronauts on a six-month mission to the country’s Tianhe space station, according to the Xinhua News Agency.