Do a startup for the right reasons and with people you like. Hire people who expand your view of the world.
Steve Etherton  /  3 October 2017 10:00 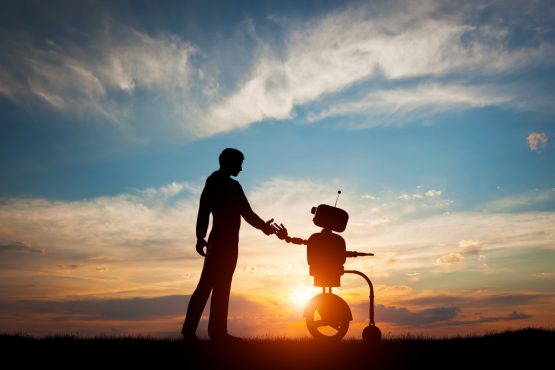 Technology giant Google provides applicants from across the globe with access to its resources and expertise for six months via its Google’s Launchpad Accelerator.

JUMO, a South African financial technology startup, was accepted to the 4th class of the Google Launchpad Accelerator earlier this year.

The programme kicks off with a two-week boot camp in the new Launchpad-dedicated building in San Francisco. When the boot camp wraps up, you get ongoing support and regular check-ins from assigned mentors who help you.

Jumo’s team of five joined founders from 33 companies in Africa, Asia, Latin America and Europe – who were accepted after they showed how they use technology to make an impact in their part of the world. You also need to show proven product-market fit (beyond ideation). Here are JUMO’s key takeaways from the boot camp:

Takeaway: Do the work to be clear about why you fit into a VC prospects portfolio. Slick slides and presentation skills don’t compensate for a poor business model.

Objectives and key results (OKRs) combine modern leadership principles with an agile management approach. Google has used the OKR system since the early 2000s to set goals and track progress. OKRs represent ambitious goals and define the measurable steps a company and teams within it need to take to achieve those goals. They promote disciplined, focused thinking and every business decision and action should be made with this question in mind: ‘Will this get us closer to achieving our objectives?’

Takeaway: A key point of relevance for startups is focus and deciding what to do. If you’re doing something exciting there will be endless things to do – OKRs help you synthesise by breaking work down into manageable chunks. Remain focused by setting quarterly goals across the business, and managing and measuring competing tasks. Read more about OKRs from Google.

The ‘weight’ of your app, particularly in emerging markets, has far-reaching implications for how successful it will be. In markets where people are at the mercy of high data prices and wobbly network connections, you need to build apps that are light to download and light on running. Work hard at improving the app experience for them by building in line with ‘Material Design for Developers’ – it’s an excellent resource by Android which covers best practices for performance, user interface and much more.

Takeaway: Data costs, device type and network speed are important considerations if your goal is to deliver an optimal app experience to customers. Don’t overlook the data-intensity of your digital products in favour of aesthetic and features.

Android Pay, which debuted in 2015, securely consolidates customers’ credit cards so that they can pay using their mobile phones. Rather than upsetting your Visas and MasterCards, it looks for localised ways to enhance the user’s experience. Google points to The London Underground as one of Android Pay’s success stories. Users download the app, add their supported payment cards and use Android Pay to make contactless payments on most public transport services in London.

Takeaway: While Google has suggested that Android Pay will be a good m-payments platform for application developers in emerging markets, the platform is yet to come to any emerging markets.

NBU is an autonomous Google project focused on acquiring the ‘next billion users’, many of whom will come from emerging markets. At the centre of the NBU project is India. As the country’s population explodes and it moves toward a cashless society, it is ripe for new products, programmes, and updates, as Google looks to ramp up its efforts to get in front of ‘the next billion’.

Takeaway: Make the next billion users part of your growth strategy. Build products that solve problems for them (see lesson 3) and take time to understand the unique landscape and challenges where these users come from.

Let your execution show your company’s people and culture; don’t write a blog post about it. In thinking about how you will execute, be careful to hire leaders (not managers) – leaders believe they are good at something other than just managing. On the flip side, a manager will manage. In companies that are shaping their own destiny, it’s normal to lack a blueprint. Therefore, hire for experience but check it at the door. Watch out for people who say they have 20 years’ of experience.

Takeaway: Do a startup for the right reasons and with people you like. Hire people who expand your view of the world.

For data-driven companies, governance and standardisation remains unsolved. While most companies write custom software to manage their data lake, it’s not an optimal solution for those who deal with large and varying datasets. Big data companies such as Google, Facebook and Twitter produce and manage their own data which gives them the freedom to create their own data definitions and schemas before they consume data for modeling purposes.

Takeaway: Data standardisation is a problem many companies face. There are ways to automate the process, but the only way to do it is by creating standard data models and mapping raw data to standard formats.

As machine learning receives increasing publicity, most data businesses are still trying to wrap their heads around where they should be using it to solve problems. Machine learning is best viewed as an optimisation tool to solve specific problems. To use it effectively businesses must prioritise collecting quality data, as well as invest in a complete supply chain to store, manage and optimise the data to create predictive accuracy.

Takeaway: An underestimated requirement for implementing artificial intelligence (AI) and machine learning is the need for good quality data. Companies should invest in making all relevant data easily and reliably accessible.

The Information Age has exploded over time and at its core are computers. Having withstood the great events of history without interruption, technology has simultaneously multiplied its capabilities while decreasing costs. ARPANET, an earlier example, could see web traffic mounting and predicted that there would be a need for search engines to organise the world’s information. Advances in AI, nanotechnology, 3D-printing and smart technology are already commercial and, like ARPANET, companies of today should be attuned to the changing face of technology.

Takeaway: Look at trends in the market and use the latest technology to build the technology of the future.

At the API management and predictive analytics platform Apigee, CEO Chet Kapoor was mindful of not referring to it as ‘my company’ or to monopolise the ‘founder’ term. He spoke about Apigee as a company he worked for as he believed that as soon he called it ‘my company’ it would take away from being everybody else’s. Some may say it’s semantics, but it’s an important cultural point if you want to hire the best people.

Takeaway: Make your company the place you want to be by making it everyone’s company. As founder or CEO, it’s inevitable the way your brain works, what you do and how you do it will show up in the company’s DNA.

Friday was the last day of #LPA4 bootcamp: all startups determined their next qtr objectives. Here's @jumo_world and @barakh in action! pic.twitter.com/YdbwWNV80Y

Steve Etherton is JUMO’s chief of operations. He attended Class 4 of Google’s Launchpad Accelerator in July 2017.