Tencent gets into global groove with stake in Vivendi’s Universal 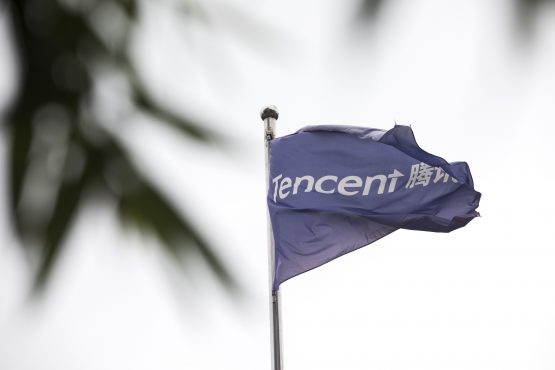 A Tencent-led consortium is taking a 10% stake in Vivendi’s Universal Music Group, valuing the music label that houses Lady Gaga and The Beatles at 30 billion euros ($34 billion) and giving the Chinese firm a global backstage pass.

The deal allows both companies to expand in a recovering global music market, giving Tencent more access to US artists while UMG can tap into the Asian market, including big-selling “K-Pop” Korean pop stars.

After months of talks, French media conglomerate Vivendi said on Tuesday it had finalised the sale of an initial 10% of the world’s largest music label to the Tencent consortium, which also had the option to buy up to 10% more by January 2021 on the same price basis.

Vivendi, controlled by French billionaire Vincent Bollore, is seeking to cash in on the music industry’s revival, driven by a growing subscription and ad-based music streaming services and the deal gives UMG an enterprise value of 30 billion euros.

The initial deal would soon be followed by a second one allowing Tencent Music Entertainment to buy a minority stake in UMG’s greater China subsidiary.

Tencent did not immediately respond to a request for comment, while Vivendi did not disclose the details of the consortium beyond saying they were “global financial investors”.

Singapore’s state investment firm GIC and Qatar Investment Authority (QIA) were also involved, a source familiar with the deal told Reuters. QIA declined to comment and GIC did not immediately respond to requests for comment.

“Universal has been enjoying increased revenues for the last 5 years. With the company in a strong position, it can make sense to capitalise on the valuation with a minority sale at this point in the growth cycle,” said MB Capital director Marcus Bullus, commenting on the deal.

The tie-up between Tencent and Vivendi builds on a partnership struck two years ago, allowing Tencent to license Universal’s music for distribution over its streaming platforms.

Vivendi said in July last year it might sell up to half of UMG and any cash raised from a divestment could help finance a share buyback or acquisitions.

The transaction should also boost morale among Chinese deal-makers, with China-outbound mergers and acquisitions (M&A) activity plunging to a 10-year low amid trade tensions between the United States and China, Refinitiv data shows.

Although Tencent Music’s user base is nearly three times that of Spotify, which is the world’s largest music streaming service, its paying users are comparatively fewer.

Spotify, in which the Tencent Holding company itself has a minority stake, had more than 100 million paid subscribers, whereas Tencent Music had about 35 million as of the third quarter.

Vivendi shares closed up 0.3%, with the final sale terms in line with earlier guidance from Vivendi.

MB Capital’s Bullus said it was unclear how Vivendi would use the cash and “how this will increase value for existing shareholders now potentially left with cash in their pocket but a smaller stake in a growing cash generating company”.