New Ekurhuleni R4bn building will cater for the growing demand broadband across the continent.
By Larry Claasen 3 Nov 2020  12:00 Teraco Data Environments has announced it has broken ground on Africa’s largest data centre in terms of power usage in Ekurhuleni, Gauteng.

The R4 billion data centre, which is scheduled to be completed in the first quarter of 2022, comes after the recent completion of its Isando Campus. It has existing centres in Bredell, Rondebosch, Brackenfell and Durban.

Teraco’s data centre houses a host of computer cloud-based services that have grown in increasing demand since Covid-19 forced people to work remotely earlier this year.

Teraco CEO Jan Hnizdo says the demand for remote services can be seen in the recent advancement of throughput traffic.

“It’s been an incredible time.”

He says from what he’s seen, it looks like the Covid-crisis has accelerated the digital transformation of many companies.

The addition of the new data centre is not just meant to serve South Africa’s burgeoning demand for broadband services but also to cater to rising demand on the continent.

He says African countries individually might not be a big market, but when looked at together, the market is quite sizeable.

The way he explains it, there is a sort of dividing line in internet latency stretching from Lagos, Nigeria to Kenya, below which, there is a slight but still irritating wait to connect with cloud providers in Europe.

“It’s quick but it’s not fast enough for realtime applications.”

By providing data facilities south of this line, Hnizdo sees more cloud providers set up in its data centres, as the eventual end-users don’t want to put up with a spinning ball or revolving hourglass as they wait to get connected.

Hnizdo says given the infrastructure available, South Africa is the most obvious place to set up such centres. Reliable power might be an issue now but it’s nothing like the inconsistent power in other African countries. 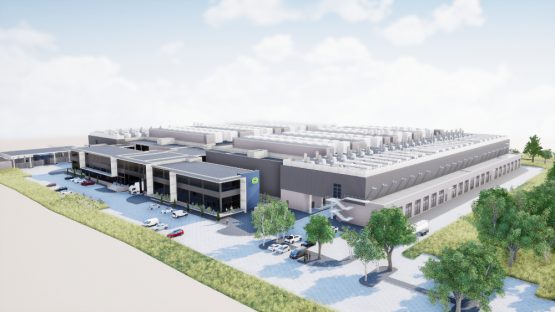 “South Africa is strategically located at the tip of the African continent and as a result, is positioned as a technology and data centre hub for sub-Saharan Africa. This is further underpinned by growing undersea and terrestrial fibre connectivity to the rest of Africa.”

In this regard, the South African government, across all spheres, has been very helpful in setting up its latest data centre. He says Ekurhuleni municipality in particular, from which it will buy power, has been very supportive.

The scale of this data centre can be seen in this one building using as much power as the three at its Isando Campus about 15km away.

“This new site, on its own will use 38 megawatts. It will be the largest standalone data centre in Africa by a long stretch.”

This latest investment is supported by its private equity owners Berkshire Partners LLC and Permira, as well as with funding from Absa.

Hnizdo says as this is an infrastructure project, the payback for investors will be over 10 years.

“..will use 38 megawatts” – hope they use solar/renewable and combination of massive battery banks otherwise you are toast in SA

Not at all. When is the last time load shedding happened. You speak with fear. 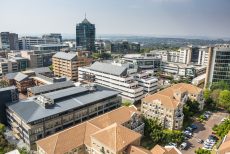