Tesla said Wednesday its digital assets have shrunk to $218 million, and that a Bitcoin impairment hurt second-quarter profitability.
By Dana Hull and Emily Nicolle, Bloomberg 21 Jul 2022  07:51 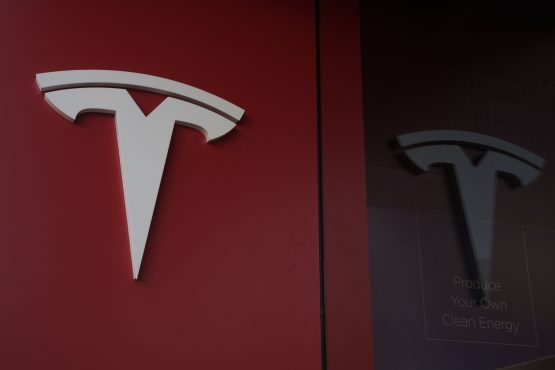 Tesla sold a significant chunk of its stake in Bitcoin, an investment that helped legitimise the world’s largest electronic currency.

“As of the end of Q2, we have converted approximately 75% of our Bitcoin purchases into fiat currency,” Tesla said in a shareholder letter Wednesday as part of the company’s earnings report. “Conversions in Q2 added $936M of cash to our balance sheet.”

The electric-car manufacturer disclosed in February 2021 that it had invested $1.5 billion in Bitcoin, and subsequently sold 10% of its stake that April. Tesla said Wednesday its digital assets have shrunk to $218 million, and that a Bitcoin impairment hurt second-quarter profitability.

Tesla Chief Executive Officer Elon Musk said on the earnings conference call that the company sold the Bitcoin to maximise its cash position because of uncertainty related to the Covid shutdowns. He noted that the sale should not be seen as “some verdict on Bitcoin.”

The cryptocurrency has retreated from a record high of almost $69 000 in November. The largest cryptocurrency by market value erased gains after the sales were disclosed, falling as much as $1.6% to $22 928. Musk has become a huge influencer in cryptocurrency. He has tweeted favourably about Dogecoin as an alternative and posted photos of his dog Floki, which like the Dogecoin mascot is a Shiba Inu. When Tesla held a massive party for its new Austin factory in April, a drone show featured a Dogecoin image.

Musk’s embrace of Bitcoin had helped serve as a catalyst for the digital currency after Tesla briefly accepted the token for purchases, but it later suspended the payment option citing environmental concerns about its mining processes. The further pullback marks a hawkish move from one of the crypto sector’s most prominent bulls during what has been termed as a “crypto winter.’

Still, Musk has positioned himself as pro-crypto, hinting in recent weeks that his other company, SpaceX, may join Tesla in accepting Dogecoin for merchandise purchases in future.

Shares in MicroStrategy Inc., another major corporate buyer of Bitcoin, were down around 4% in post-market trading. At the end of the second quarter, the software firm’s own Bitcoin pile was worth around $3.4 billion less than in the previous one.

“Strongly bearish market conditions since the beginning of the year as well as the need for cash on the balance sheet likely contributed to this decision. From a treasury management perspective, downside volatility may have been too unattractive to ignore in the near term,” Olszewicz said.