Tesla Inc shares rallied to a record high on Friday, taking the electric-vehicle maker another step closer to joining an elite group of companies with market valuations of at least $1 trillion.

The stock jumped as much as 1.8% to touch a high of $910, before paring gains to trade up 1.5% at 2:06 p.m. in New York. That led the Elon Musk-led automaker to briefly surpass the valuation of Facebook Inc. 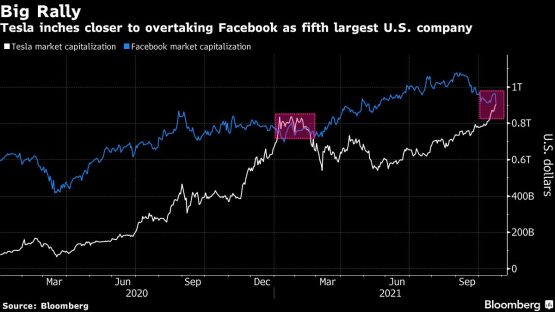 The trailblazing electric-vehicle maker is up nearly 28% this year now, ahead of S&P 500 Index’s 21% advance. Meanwhile, Facebook took a heavy hit on Friday after a cautious outlook from Snapchat parent Snap Inc. weighed on the shares of ad-dependent technology companies. Facebook retreated as much as 6.1%.

After some violent gyrations earlier this year, Tesla shares have been on a steady climb upward since early June, helped by two sets of strong quarterly results that showed the company is faring much better than traditional carmakers in handling the semiconductor shortage. Deliveries and margins for the third quarter, especially, dwarfed all estimates, while margins for the period impressed bulls and bears alike on Wall Street. “While Tesla has certainly been impacted by the semi shortage, we see several reasons explaining why Tesla volumes have been less impacted from the semi shortage than other automakers,” Credit Suisse analyst Dan Levy wrote in a note on October 15. Levy explained that because Tesla writes much of its own firmware it’s better able to quickly pivot on chip supply if required.

Tesla makes two of the best selling EVs globally — the Model 3 and Model Y — despite a big push from legacy automakers to develop competitors, as well as the emergence of several new players. As EV adoption continues to grow, with strong support from policy makers, Tesla is expected to be a major beneficiary.

“While there are many competitors in the EV space, Tesla continues to dominate market share as evidenced again this quarter while battling through the chip shortage,” Wedbush analyst Daniel Ives wrote in a note on October 21.

300 PE. I am missing something 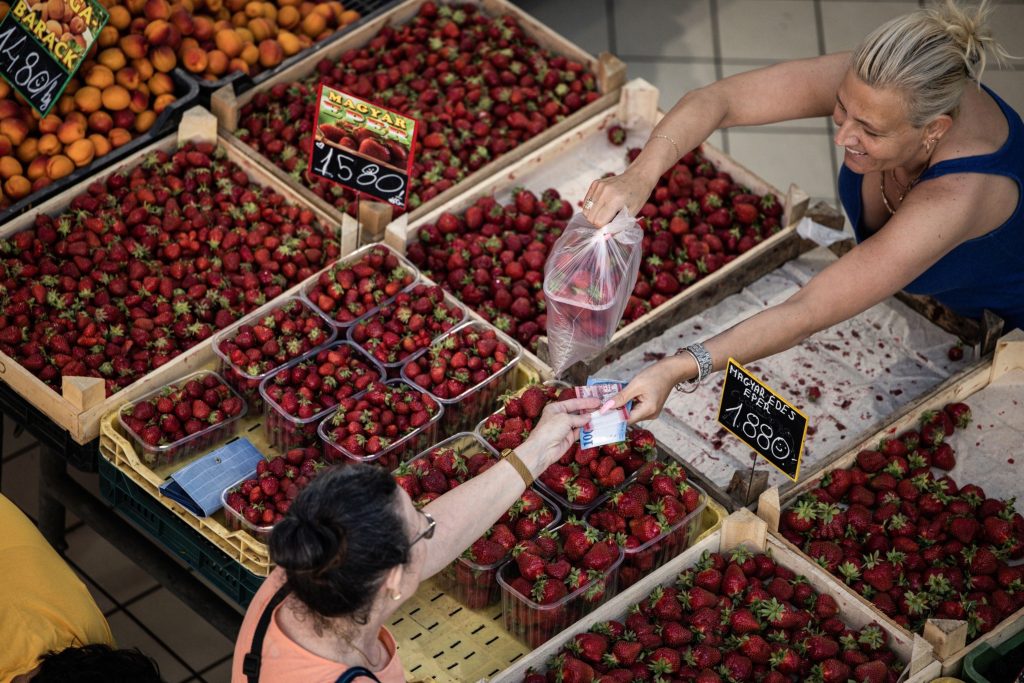 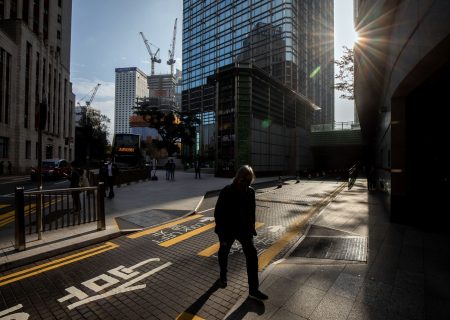