The deal may have been a nonstarter for these firms a few years ago, but recent changes to how they operate would allow more of these sorts of nontraditional investments in the future.
By Lizette Chapman, Bloomberg 6 May 2022  06:35 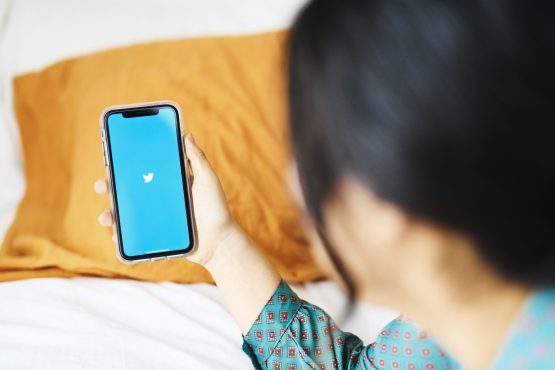 Twitter Inc. is a strange target for venture capitalists. It’s 16 years old, growing slowly and publicly traded, all anathema to what VCs want. Yet, Elon Musk somehow persuaded two of the world’s most prominent VC firms, Andreessen Horowitz and Sequoia Capital, to invest in his effort to take Twitter private.

The deal may have been a nonstarter for these firms a few years ago, but recent changes to how they operate would allow more of these sorts of nontraditional investments in the future. Although each firm began as a pure VC outfit, they’re now both so-called registered investment advisers, allowing them to dabble in private equity transactions or public stocks and hold cryptocurrencies.

The changes were a reflection of a relatively new mindset in venture capital: Startup investing is no longer enough for many firms. VCs increasingly compete with and invest alongside growth-focused private equity firms and hedge funds in the same deals. The rise of crypto was a big factor, too, and now, leaving the confines of traditional venture capital lets Andreessen Horowitz and Sequoia take part in the most notable tech deal of the year.

For Andreessen Horowitz, the transformation from VC to diversified investment firm began in 2019. That’s when it revamped its structure, started loading up on crypto and pursued a range of early to late-stage startups. The $400 million check for Musk is among the largest recent deals and comes after weeks of supportive tweets by the founders saying the world’s richest man would improve the platform and bring about much-needed change.

“Elon is the one person we know and perhaps the only person in the world who has the courage, brilliance and skills to fix all of these and build the public square that we all hoped for and deserve,” Ben Horowitz, a founder of the firm, wrote Thursday. “While Twitter has great promise as a public square, it suffers from a myriad of difficult issues ranging from bots to abuse to censorship. Being a public company solely reliant on an advertising business model exacerbates all of these.”

Sequoia restructured as an investment adviser last fall. The Twitter investment, at $800 million, is one of the largest in its 50-year history. The firm will pull the cash from three separate funds: Sequoia Capital Global Equities, Sequoia Heritage Fund and Sequoia Capital, said a person familiar with the transaction who asked not to be identified because the details are private.

Musk and Sequoia’s just-appointed leader, Roelof Botha, have a long history. Both men are from South Africa, and Musk hired Botha at his dot-com startup, a precursor to PayPal.

”For over two decades, we’ve had a front row seat to Elon’s business and technical prowess, from X.com, which became PayPal, to SpaceX and the Boring Company,” a spokeswoman for Seqouia wrote in an emailed statement. “We see, as he does, the opportunity to drive meaningful product innovation that will help unlock Twitter’s full potential as a global platform that connects the world.”

Musk has sent mixed messages about his intentions for Twitter. He has said he doesn’t care about the economics of the business — generally something an investor doesn’t want to hear — but has also outlined ways he thinks could improve the service. Musk has suggested he could add a “slight cost” for corporate and government users and encrypt direct messages on the platform so they can’t be easily hacked.

Another possible future for Twitter could involve the decentralization of its infrastructure using blockchain technology. Crypto is a shared interest of Musk, Andreessen Horowitz and Sequoia, as well as for another investor in the deal, the cryptocurrency exchange Binance, which committed $500 million. “We hope to be able to play a role in bringing social media and web3 together,” Changpeng Zhao, the chief executive officer of Binance, said in a statement.