US tech firms cozy up to China despite trade turmoil 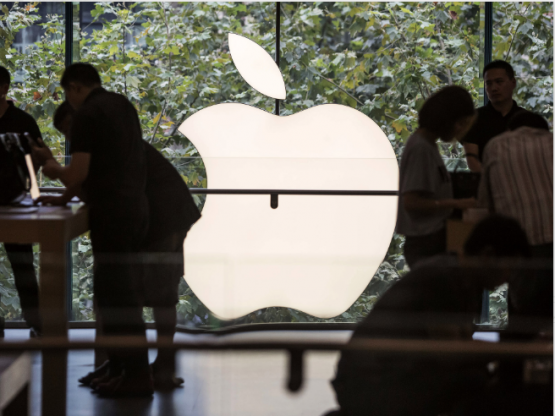 Apple is heavily dependent on China not only for the manufacture of Mac computers and iPhones but it’s also a major consumer market. Picture: Bloomberg

In a packed ballroom in Beijing’s national convention centre, the executive from a major technology company laid out ambitious plans for the future of artificial intelligence in China. He explained how customised semiconductors would help power everything from autonomous cars to voice-activated industrial machines.

Only this wasn’t a state-backed enterprise. This was Intel, the largest US chipmaker.

The company’s AI chief, Naveen Rao, pledged to work closely, “engineer to engineer,” on cutting-edge technology with the 7 000 people that attended Baidu’s annual developers conference last week. Intel was the top sponsor of the event.

Rao made no mention of politics, though his overwhelming support of Baidu, a Chinese national tech champion, sent a powerful message: Even as US and Chinese leaders are locked in a fierce battle over technological supremacy, companies like Intel remain big backers of China’s tech industry because they rely on the country for significant contributions of revenue, production chains and even talent.

Intel made 27% of its revenue in China last year, more than in the US or any other market, but it’s fighting to hold on to customers there that it spent decades cultivating. Like many American multinationals with large businesses in the country, Intel is walking a fine line between holding on to that lucrative market and keeping in Washington’s good graces. Neutrality is becoming a tougher stance to maintain.

“There’s been a psychotic break” in what some leaders in the US government want and what American businesses want, said Josh Dorfman, founder of One Thousand Million, a China-focused consultancy and think tank based in Dallas. “Unlike in China, US companies aren’t beholden to the country and are not obligated in any way, shape, or form to be patriotic. They want to make money.”

An Intel spokesman said the company remains engaged with Chinese customers that aren’t on the US’s list of those it sees as a security threat. China is a substantial market for Intel and it has no intention of pulling out now.

Intel isn’t alone. Apple is heavily dependent on China not only for the manufacture of Mac computers and iPhones but it’s also a major consumer market, accounting for about 20% of sales. Even as US President Donald Trump threatened tariffs that would hit Apple products, the California-based company was making plans to shift production of its new Mac Pro computer to China, sending a clear signal of support.

While some companies are considering moving part of their production out of the country, many others are making gestures of goodwill. Walmart last week pledged to invest $1.2 billion in China to upgrade logistics distribution centres. Boeing is in negotiations to sell 100 jetliners to Chinese airlines in one of its largest-ever deals, Bloomberg News reported. And last month, 600 US companies and trade groups signed a letter to Trump warning of tariff-related hits to their businesses.

IBM’s Greater China group chairman Liming Chen said that the escalation of China-US trade frictions has created a “confusing environment” for businesses. He outlined International Business Machine Corp.’s long relationship with China, dating back to its products first entering the country in the 1920s, and formally establishing a Shanghai office in 1936.

“IBM has participated in the rapid development of China over the past 40 years, while China has also nourished IBM,” he wrote in a post on WeChat in June, calling the country an “indispensable part of our global strategy map.”

The US-China trade war is anchored in competition to dominate the next generation of wireless networks and other technologies as much as politics. The Trump administration worries that American companies in search of profits could actually help China’s tech industry eclipse US prowess in sensitive areas like artificial intelligence and machine learning.

The chairman of the US Joint Chiefs of Staff, Joseph Dunford, lambasted Alphabet in March for Google’s AI work in China, which he alleged “indirectly benefits the Chinese military.” Trump repeated the critique in a subsequent tweet, questioning the Google parent’s loyalties. Google has said it doesn’t work with China’s military.

The same nationalistic fervour is partly behind the Commerce Department’s May prohibition on selling American components to Chinese telecom behemoth Huawei Technologies. Despite Trump’s recent pledge to ease restrictions, Huawei remains on America’s so-called entities list and US firms must apply for special licenses to sell parts to the company.

That hasn’t stopped chipmaker Micron Technology from feverishly trying to find ways to keep supplying the company, one of its largest customers. The US semiconductor industry also lobbied the Trump administration to loosen restrictions on Huawei.

Still, American tech companies are facing a new global reality. They may no longer be able to overlook geopolitics in favour of profits. China may not be the growth saviour it once was.

Tech companies “must now live in a world where their Chinese business partners and global value chains at any given day could blow up,” said James Lewis, director of the tech and public policy program at the Center for Strategic and International Studies, a Washington think-tank. “Trump might have backed off Huawei for now but next week it could be something different and any of these companies are fair game.”

Lewis, who previously served as the US Commerce Department’s lead for national security and espionage concerns related to high-technology trade with China, said Chinese firms are also racing to become less reliant on the very American firms bending over backwards to keep their business.

Splitting the two economies won’t be easy. Research, development, manufacturing and talent in the US and China are still very much interconnected.

“Innovation by American companies is fueled by access to the Chinese market,” said Samm Sacks, cybersecurity policy and China digital economy fellow at think tank New America, in Congressional testimony in May.

“I’m proud of the strong and growing partnership between Intel and Baidu,” Intel’s Rao said in Beijing, after greeting developers with a hearty “nihao.” “By working together to advance AI, Baidu and Intel are helping to usher in a world where AI is ubiquitous.”