What Yuppiechef can teach corporates about customer service 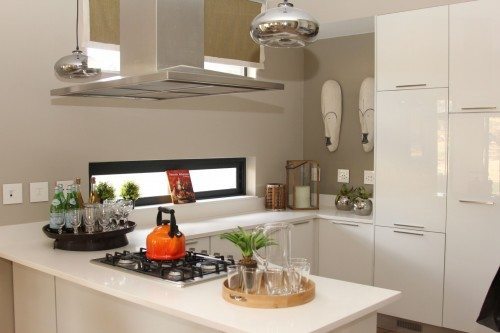 A quick Facebook poll suggests that online home and kitchen retailer, Yuppiechef has an avid fan base, due in large part to excellent customer service. In its bid to ‘treat customers fairly’ and be more ‘client-centric’, the financial services industry could learn a thing or two from this Cape-based company.

Yuppiechef’s customer service is not simply the kind that delivers parcels on time, to the right address and in good condition. It’s the kind that replaces damaged products or re-routes late parcels.

“My parcel hadn’t arrived by the time I had to leave for a month away. They rerouted it to where I was headed and when the parcel had still not arrived they sent a replacement within a day or two to the new address. All with no extra charge or any fuss,” commented one happy Yuppiechef customer on my Facebook wall.

Let’s not forget the personal, handwritten note historically included in each delivery (although according to Medium this is now being scaled back) or the complimentary vouchers Yuppiechef likes to give loyal customers.

“Only good things to say. They even sent Sarah a complimentary voucher coz (sic) she had only ever ordered things for other people and not for herself, so they sent her a voucher to shop with,” wrote another customer.

Although you could easily write Yuppiechef off as a quirky online retailer, useful for wedding registries and birthday gifts, its customer service lessons are valuable for banks, insurance companies and any business involved in the services industry.

Personalised notes? Complimentary vouchers because they noticed that you’re only buying gifts for other people and need to spoil yourself? Imagine if your life insurer sent you a cake on your birthday or your asset manager gave you a gift voucher on the anniversary of your policy. Granted, these are massive organisations with many millions of customers that have things like money laundering and stock market movements to worry about, but perhaps they could start by simply replying to queries promptly or being transparent, apologetic even when they lose your money because of exposure to a poorly provisioned unsecured lender.

Rerouting late parcels and replacing broken products is an important thing to do if you actually want to keep customers. Similarly, if an illegal debit order has been placed on your bank account surely it’s not unreasonable to expect your bank to cancel it immediately rather than pass you from pillar to post until the money is lost forever.

Yuppiechef is known to deliver fairly low-cost items to remote parts of South Africa, which in the end actually costs them. Why do they do it? Because happy customers who sing your praises on social media is something that no amount of marketing spend can buy.

For what it’s worth, just eight of the 70 comments posted about Yuppiechef on hellopeter.com are complaints and the same customer service consultant has personally responded to each.

Hey, you can’t please everyone.

Yuppiechef was started out of co-founder Andrew Smith’s lounge in 2005. He and founding partner Shane Dryden had moved to Cape Town in 2001 and founded a web development agency. They then started experimenting with e-commerce projects until they “stumbled on the concept for Yuppiechef,” Smith remembers.

Incidentally, Smith’s lounge was also where Yuppiechef’s first kitchen tools were wrapped and shipped from in 2006.

The Yuppiechef Cooking School is an online offering with 12 cooking courses that can, of course, be sold anywhere in the world. Sourcing most of its consumables locally, a large portion of its range is imported and includes international brands like Wusthof, Kitchen Aid and Le Creuset.

“We’ve also recently started to expand the Yuppiechef own brand of kitchen tools and server ware, which is both high quality and affordable,” Smith tells Moneyweb.

Although he would not reveal actual profit figures, Smith says that Yuppiechef has close to doubled revenue in each of the last eight years.

Sorry, but this report is utter rubbish. I couldn’t give a stuff about a personalised note when Yuppiechef simply breaks promises and doesn’t deliver on time. Their customer service is not as “glowing” as this piece of PR-speak would have you believe, especially when facing real customer problems. Case in point: ordered a gift that was said to be in stock and availble, turns out after 3-4 messages of delay it would arrive more than a month late. Suprise ruined, expectations not met. Aside from a silly voucher, all that was offered from Yuppiechef was a mail laying blame on their suplier – like the consumer cares about that. Absolutely zero “wow” factor there. Very dissappointing that only one side is reflected in the above piece.

Great article. I, myself am waiting for a credit card from a bank that for some odd reason takes 14 days to arrive. Odd because i happen to know that they do not take on card suppliers that have no in-country presence and cannot render a 24hr turn around. It’s been a month, no phone call, email or SMS. The last card I ordered sat at the branch for 6 months, getting destroyed and re-issued every 30 days until i picked it up on my own accord (it was an upgrade, so i wasn’t rushed and waited for the SMS). Post is unreliable. The online form you have to fill out is cumbersome and has only one outcome – you have to come into the branch.

With regards to YuppieChef and other similar online retailers. Inevitably you will have at least one inconsolable customer that has a stock out experience that slips through the cracks. Online retailers deal directly with the country suppliers, they don’t carry stock, so when they say the stock is out it is nowhere to be found in the country. Unless you happen across it in a dusty bricks retail store. I really sympathise with online retailers in this situation as stock level information is inherently unreliable especially if there is a glut purchase in the market. How you handle disappointment is equally as important to delivering service and having gone through this, YuppieChef handles this well too.

Does anyone know whether Yuppie Chef and Yuppie Gadgets are related in any way?