Why Apple is afraid to reveal watch numbers 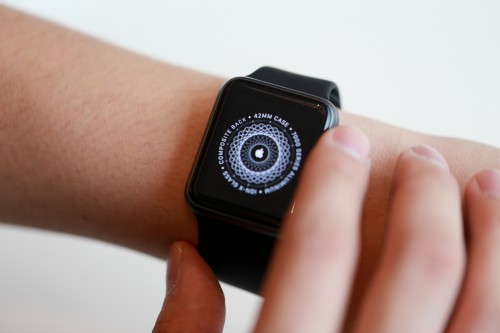 Apple is sitting on $202.8 billion in cash. So no matter what analysts and the market think of the company’s latest quarterly report (not much, judging by the steep drop in share price), the company is still a juggernaut that can absorb any imaginable shock. At the same time, it’s also weak in a way it wasn’t under Steve Jobs. Apple has grown afraid of its own long shadow.

Chief Executive Tim Cook has an explanation for why the company failed to report the sales of the Apple Watch — its first new product since Jobs died in 2011 — in its first quarter on the market: “That was not a matter of not being transparent, it was a matter of not giving our competition insight that’s a product that we’ve worked really hard on.”

This excuse is transparently weak. Jobs’s Apple reported the sales of the first iPhone — 270,000 units — in its filing for the quarter ending on June 30, 2007, even though the revolutionary phone went on sale on June 29. And the iPhone had strong competition: Apple was a newcomer to the mobile handset market, and could have used the same stealth tactic, hiding iPhone sales in the “other” category. But it chose to be as in-your-face as possible about the demand for its weird buttonless gadget.

Jobs’s Apple likewise reported unit sales for the iPad in its first quarter on the market: 3.27 million. That device created a new category, and there were strong reasons to keep competitors in the dark, but the company chose not to.

Cook claims that “the Apple Watch sell-through was higher than the comparable launch periods of the original iPhone or the original iPad.” The first iPhone is not that hard to beat: Apple, a much smaller company eight years ago, sold 1.19 million units in the handset’s first full quarter, all in the U.S. (the international rollout, very limited by today’s standards, didn’t start until months later).

The assertion about the iPad is harder to believe. That device went on sale on April 3, 2010, at the start of the company’s first quarter. Apple Watch debuted at the end of April. That means it had to beat the iPad’s two-month sales. Assuming they were equal to two-thirds of the quarterly number (almost certainly wrong, but OK as a benchmark), Apple would have had to sell more than 2.18 million watches to beat the first iPad.

There’s more incomplete information from Apple against which to check that claim. In the last quarter, Apple’s “other product” sales increased to $2.6 billion, from $1.7 billion the quarter before. But Cook said watch sales amounted to more than that increase: “The aggregate balance of that category, both sequentially and year over year, is shrinking. Obviously iPod is a part of that, but there are other things in there, accessories and so forth, that are shrinking.” Assuming that the “other” revenue, minus that from the watch, shrank at the same rate as it did in the year-ago quarter — that is, by about 7 percent — the watch revenue would be about $1.1 billion. Assuming an average price of $400 — close to the lower end of the range and probably too low given that many buyers order better-looking, more expensive bands to replace the cheap plastic ones that come standard — that’s 2.75 million units in the first two months of sales. (The borderline average price for Cook’s iPad assertion is $500.)

The problem with releasing such numbers is not that it would help the competition. All competitors combined sold just 6.8 million smartwatches in 2014. Apple has undoubtedly conquered the product category. But has it met the market’s expectations? Not by a wide margin.

Fortune magazine recently compiled a list of analysts’ estimates of Apple Watch sales in the quarter to June 27. On July 19, the average estimate was 4.07 million units. Only one of the analysts, Turley Muller, who runs the Financial Alchemist blog, predicted sales under 3 million units (2.85 million, still higher than my estimate based on Apple’s numbers and Cook’s statements). Deutsche Bank said 3.9 million.

Apple won’t release its unit sales number because it’s afraid of falling short. In Jobs’s day, the company only needed to beat the competition and satisfy customers. Today, given the expectations, Cook knows he can never do enough.

He may also know that the Apple Watch cannot be a credible replacement for any of the company’s headline products, as the iPhone replaced the iPod. The year-on-year drop in iPad sales in the last quarter — $1.3 billion, or 23 percent — was bigger than the revenue generated by the watch.

Apple, for all its power and seeming diversity, depends on the iPhone for 63.2 percent of its sales, up from 52.8 percent a year ago. It’s not exactly a one-hit wonder, but it would be a much smaller company if its flagship started going down. For the moment, it’s buoyed by strong growth in China, where iPhone unit sales increased 87 percent in the last quarter. But that market is unpredictable — as many luxury goods producers, including Swiss watchmakers, have learned as President Xi Jinping’s anti-corruption campaign has progressed. Some Chinese consumers prefer overpriced gadgets, bags and clothes, but prestige-buyers aren’t the most reliable customers.

Since Jobs died, Apple has yet to come out with a life-changing new product. The company has been remarkably well-managed, successful and able to win over entire new swathes of the tech market. But its growth is still based on the Jobs legacy. And that’s uncomfortable, like wearing shoes that are a size too big.