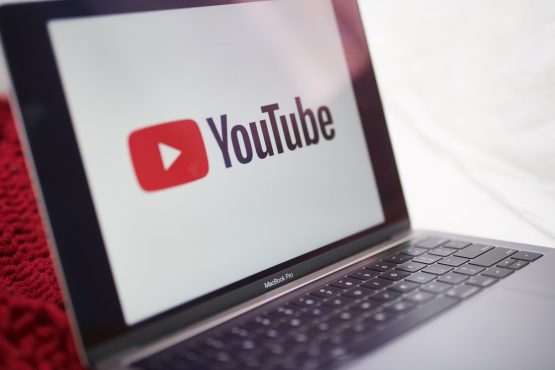 YouTube removed new content from US President Donald Trump’s channel, citing concerns about the potential of violence following the riot at the US Capitol last week.

Trump’s channel now has its first strike against it, barring it from uploading new content for at least seven days, YouTube said in a tweet, without providing details on the offending videos. The popular streaming site — owned by Alphabet Inc.’s Google — also said it’s indefinitely disabling comments on the channel due to safety considerations. Other social media platforms, including Twitter Inc. and Facebook Inc., have already taken steps to suspend the departing president, permanently in the case of Twitter and until the inauguration of Joe Biden for Facebook and Instagram.

1/ After review, and in light of concerns about the ongoing potential for violence, we removed new content uploaded to Donald J. Trump’s channel for violating our policies. It now has its 1st strike & is temporarily prevented from uploading new content for a *minimum* of 7 days.

Online platforms have struggled to strike a balance between a growing backlash against their sites in the wake of the violence last week — which many deemed to have been incited and organised through social media posts — and opposing criticism from free-speech advocates about imposing censorship. Twitter most recently banned over 70,000 accounts it deemed dedicated to distributed QAnon conspiracy theories, while Facebook said it’s blocking the “stop the steal” refrain used by those who argue the November 2020 presidential election was illegitimate.

YouTube had been more hesitant to suspend Trump’s account than other social-media services, citing a three-strikes policy for policing content. The first strike restricts new uploads for at least a week, while a second strike within 90 days of the first would cause a two-week suspension. With a third strike, Trump’s channel would be deleted.

Following YouTube’s announcement, Gab, a less restrictive social networking site popular with the far right, said it’s working to back up Trump’s videos and will post them on its own platform.

In all honesty, I am completely disillusioned with the west. We are people of the enlightenment and out of the enlightenment came free speech. I am sad, angry and completely disturbed. What YouTube, Twitter, Facebook and others are doing is on par with Kim Jong Un from North Korea, president Xi from China, Stalin from Russia and Hitler from the Nazis. I defend the right for even my enemies to speak. Please don’t tell me they are private companies. They are the public space and are platform. Platforms cannot censor and public spaces are for free speech.

I agree that free speech is important but what if there are lives at stake. How do you balance that?

Can you explain? How exactly is Trump killing people?

If you are doing what Malema is doing and saying, “kill the boer” then perhaps I agree. Trump has never said, “kill the lefty” or “kill Biden.”

Either way, if anyone is censored this way it will make things worse because, while Trump is not an extremist, a tiny group of his supporters are. This will
Make them go insane and do worse things. When a movement goes underground this is normally a bad idea. Up until now we have known what Trump thinks. Now? You get my point. I think it would be a bad idea to kick malema off Twitter because it will make him even more extreme.

Use gab.com and bitchute.

This is such a joke! The left in the US was the first to complain about human right violations during the BLM protests. They regularly called Trump a fascist for enforcing law and order. However, the moment they get a chance, they shut down any pro-Trump media and victimize all his donors. It reminds me of the fascist government of Nazi Germany in the 1930s. The Democrats will now decide what people can read and can’t read. US citizens now live in a real police state. The fact that Twitter bans Trump but not Julius Malema already says a lot. The USA is on a road to self-destruction.

…I have an uncomfortable feeling that a US civil war could be upon us. The last time such a Capitol breach occurred, was more than 200 years ago. It indicates that something SERIOUS is brewing within US civil society. A nation divided.

Could lead to a historic “re-set”? The USA back to square one in terms of liberty?

The left projects everything they are themselves onto others. The West lost its freedom.

And this just the beginning! Trump will go down in history as the worst president by far and no one will want to be associated with this pathetic excuse for a human. History books will have blank pages for the period he ran the country..thankfully only seven days more of this nightmare to go!!

How will it help our divided world to call anyone a “pathetic person” ?

Surely we should debate ideas and not people? Call ideas pathetic but not people?