Building a Boston in Cape Town

David Pearson has a vision: a new community of 800,000 — bigger than Boston — complete with factories, schools, clinics and a university that will help erase the legacy of apartheid in Cape Town.

If the idea materializes, his 140 billion-rand ($13 billion) Wescape project in South Africa’s second-biggest city could serve as a model for development across the continent.

“Africa needs to bridge the third- and first-world city divide to ensure Africans don’t remain tenants in their own country,” said Pearson, 50, who fled the country in 1978 after his parents were threatened with arrest for contravening apartheid’s ban on sex between white people and other races. He returned from Canada in 1990 when Nelson Mandela was released from prison.

Planning for growth is urgent because Africa’s urban population is forecast by the United Nations to expand fourfold to 1.34 billion by 2050. The continent’s sprawling cities are already blighted by inequality and crime even as the International Monetary Fund predicts its economic growth at 5 percent, the fastest pace of any region after developing Asia.

The contrasts are perhaps nowhere more stark than in Cape Town — site of Africa’s most expensive real estate and where a quarter of dwellings still lack running water. Of 21 cities in developing countries, Cape Town was ranked by the UN as the most unequal after Johannesburg in 2012. A study by Mexico’s Citizens’ Council for Public Security and Criminal Justice found Cape Town as Africa’s most violent metropolis.

Meantime, about 2,100 multi-millionaires from Europe and Johannesburg own properties there, mainly along the coast, according to New World Wealth, a consulting company that specializes in what it calls the “global wealth sector.” London topped the September survey with 22,300 and Cape Town was 17th. The suburbs of Camps Bay, Clifton, Bantry Bay, Fresnaye and Llandudno have more than 400 homes with values exceeding 20 million rand each.

“Cape Town is seen as an international city,” said Andrew Amoils, an analyst at Johannesburg-based New World. “The Atlantic seaboard appeals to the super-rich as an escape from the northern hemisphere winter.”

Young British professionals rated Cape Town fourth after Hong Kong, Dubai and New York as a relocation destination, a June survey by DeVere Group, a Zurich-based financial consulting company, showed. The appeal is underpinned by more than 100 vineyards and dozens of beaches. Luxury real estate is a relative bargain too: $1 million buys 215 square meters (2,315 square feet) almost nine times more than in London, according to a March report by Knight Frank LLP, a global property company based in London.

The boom is leaving many in its wake.

“Wescape doesn’t offer a silver bullet because the spatial apartheid of South African cities is so deeply rooted,” said Gita Goven, chief executive officer of Cape Town-based ARG Design, one of the partners in Wescape.

That’s the challenge Pearson has taken on, appealing to potential lenders from Wall Street to Beijing. While the ruling African National Congress has built more than 3.3 million low- cost houses since taking power under Mandela in 1994, figures from a 2011 census showed about a fifth of CapeTown’s 3.74 million people still lived in shacks.

Wescape has the support of both the ANC and the main opposition Democratic Alliance, which governs both Cape Town and Western Cape province. South Africa plans 50 projects of at least 10,000 homes each to reduce a housing backlog of 2.3 million, Human Settlements Minister Lindiwe Sisulu said in July.

Wescape will be put forward to President Jacob Zuma’s Cabinet as a strategic infrastructure project in the “nation’s best interest,” according to Pearson, who is CEO of Cape Town- based Pact Developers (Pty) Ltd.

Wescape plans to offer dwellings starting at 295,000 rand for a two-bedroom apartment, which it says is about half the going rate. The project would create about 300,000 permanent jobs and provide 400 creches and schools, said Pearson.

Pearson, who has been developing residential, commercial and mixed-use property in Cape Town for more than two decades, plans to fund his brainchild with development finance and securitized residential-mortgage bonds.

“If they can do it, then that’s amazing,” said Tim Harris, head of investment in the office of Cape TownMayor Patricia de Lille. “We need to see the numbers.”

“It’s important that the consumer has skin in the game, putting their savings into it, owning the community and caring about it,” he said.

Before that, Wescape needs $10 million in the next three years to complete an environmental-impact assessment and to get city approval to build houses on land farmed during the 17th century by the first white settlers in the Cape of Good Hope. Cape Town was founded in 1652 by Jan van Riebeeck as a supply station for Dutch East India Co. ships.

“Once the land is rezoned, the project becomes bankable,” said Pearson, sitting in an office looking out onto the slopes of Table Mountain. A key hurdle was overcome 10 months ago when the province moved the city’s urban edge to include the Wescape site, unlocking the land for development, he said.

Last year, some of the 30-strong Wescape team visited New York and Washington to assess the appeal of the project to private-equity firms, including Blackstone Group LLP, and development-finance institutions. A.J. Agarwal, a senior managing director in Blackstone’s real-estate unit, has no views on the project, according to a spokesman for the New York-based buyout company.

Officials from the provincial government’s investment arm promoted the project in China in August and held meetings with Bank of China Ltd.

“Building a city would invigorate the economy,” said Pearson. “We aren’t reinventing the wheel. How do you think Singapore happened?”

Not everyone is persuaded.

Vanessa Watson, professor of urban planning at the University of Cape Town, said land at military bases could accommodate the city’s growth during the next 20 years.

“I’d be very surprised if it ever reaches the size or vision that was presented,” Watson said in an interview. “It may end up as a small suburb beyond the urban edge.”

CommuniTgrow, the umbrella for the group of designers and architects working on Wescape, is in talks over projects in Ghana, Mozambique, Tanzania and Uganda.

“How else do you deliver 400 to 800 new cities in Africa, which could be the economic engine of the world over the next four decades,” said Pearson. “The economy of scale is the key, but most people can’t get their heads round it.” 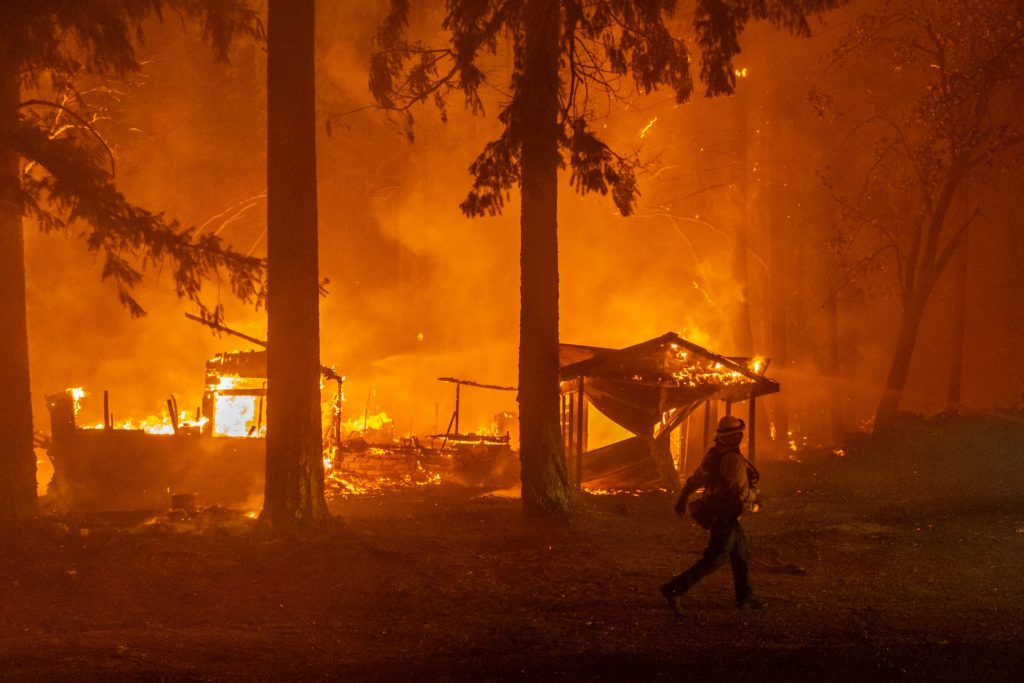 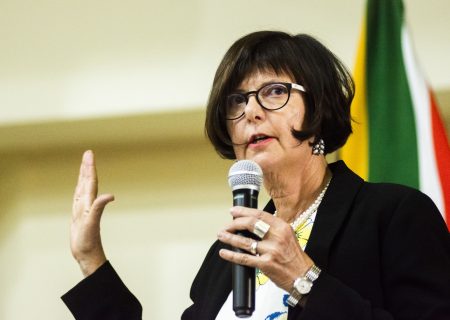