Mark Shuttleworth recoups (and gives away) his millions

BLOEMFONTEIN – Earlier this week the Supreme Court of Appeal (SCA) handed down a judgment in favour of IT billionaire Mark Shuttleworth, ruling that the 10% export levy that he had paid the South African Reserve Bank (Sarb) in order to export a large slice of his fortune, amounted to a “tax”, and was not lawfully levied. It ruled that the money had to be repaid to him – with interest.

Shuttleworth made his money through the sale of Thawte Consulting, an internet security consultancy which he founded in 1995 in his final year at the University of Cape Town. He sold Thawte to VeriSign in 1999 for $575 million. At the time this equalled R3.5 billion.

In 2001 Shuttleworth decided to emigrate to the Isle of Man. He subsequently sought Sarb approval to export R2.5 billion of his funds abroad. Sarb said that he could do so but only if he was willing to pay an additional 10% exit tax. This equalled R250 million. He paid under protest and then turned to the courts to challenge the validity of the regulation that the Sarb had relied on.

Read Shuttleworth persists in pursuit of his R250m

One of the points argued by Shuttleworth was that the Sarb regulation that stipulated the 10% exit tax was not approved by national legislation and amounted to, “taxation without representation”.

In its judgment, the court noted: “Essentially, Shuttleworth’s attack on the exit levy was that taxation required a statute passed by Parliament, which in the present case was conspicuously absent. He submitted that the requirement contained in sections 75 and 77 of the Constitution that a money bill as defined (including the appropriation of money or imposition of taxes) must follow a prescribed procedure, was crystal clear.”

The judgment overturns a 2013 decision of the North Gauteng High Court that when against Shuttleworth.

Are the floodgates now open?

Many emigrants who left South Africa since the dawn of democracy similarly paid a 10% export levy to the Sarb. According to the SCA they will not have a claim against the Sarb. The court: “In our view, therefore there is no bar to an order that the 10% levy be repaid to Shuttleworth with interest. Having regard to the time that has elapsed between the commencement of the dispute between Shuttleworth and the Reserve Bank and the abolition of the 10% levy more than three years ago, there is no danger of a flood of similar claims.”

Shuttleworth wants to “ensure this decision becomes of benefit to everyone”. He told Moneyweb: “I will commit the funds returned to me to today by the SCA to a trust run by veteran and retired constitutional scholars, judges and lawyers, that will selectively fund cases on behalf of those unable to do so themselves, where the counterparty is the state. The mandate of this trust will extend beyond South African borders, to address constitutional rights for African citizens at large, on the grounds that our future in South Africa is in every way part of that great continent.”

He said that he and his legal team, led by Gilbert Marcus SC and Matthew Chaskalson, were reviewing the judgment in detail, with a view to pursuing the constitutional arguments at constitutional court to ensure this decision becomes of benefit to everyone.

Here are the sums: Why calm is needed in the wake of the new Covid variant discovery. 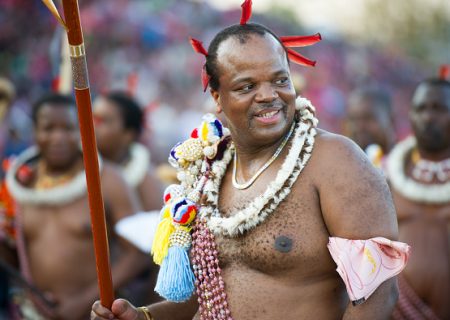