MTN to cut FY dividend ahead of Nigeria fine settlement 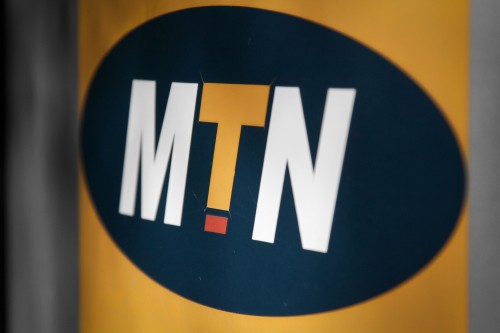 MTN Group, Africa’s largest mobile-phone company, said would cut the full-year dividend and put about R9.29 billion ($597 million) aside for payment toward a record $3.9 billion regulatory fine in Nigeria, its biggest market.

MTN will pay a minimum of R7 a share to investors in 2016, the Johannesburg-based wireless operator said in a statement on Thursday. That compares with a R13.10 dividend for last year, 5.2% higher than in 2014.

“We have adopted a cautious approach to the dividend outlook, taking into account the interests of shareholders and lenders and the importance of maintaining an investment grade credit rating,” MTN said. “This minimum dividend remains subject to the outcome of the regulatory fine.”

MTN was fined by the Nigerian Communications Commission last year for missing a deadline to disconnect 5.1 million subscribers that the regulator had deemed to be unregistered in the country, which is tightening security as it battles an Islamist insurgency. The uncertainty surrounding the record penalty has wiped almost a third off the company’s share price since it was made public in October 26.

The wireless operator said it put aside R9.29 billion toward the payment of the fine, which includes the 50 billion naira ($251 million) announced on Feb. 24. That’s about 15% of the total. Negotiations on the settlement of the fine are ongoing and being led by executive chairman Phuthuma Nhleko, who stepped in after chief executive officer Sifiso Dabengwa resigned over the fine. MTN plans to appoint a new CEO during the second quarter of this year, the company said.

“My expectations are that the Nigerian government would want MTN to pay at least a $1 billion over not longer than a year period,” Dobek Pater, managing director of research firm Africa Analysis, said by phone. “But MTN must have a feel for what is going on with the ongoing negotiations on the fine.”

Full-year earnings per share excluding one-time items fell 51% to R7.46 in 2015 as a result of the fine provision. Revenue increased 0.1% to R146.4 billion, as a rise in data revenue offset declining voice sales in Nigeria and handset sales in South Africa. The number of subscribers across more than 20 markets increased 4.1% to 232.5 million.

“We are hopeful that we will see improvements in operating conditions during 2016,” MTN said.

Separately, Reuters reports that MTN may list its Nigerian unit on the stock exchange in Lagos once it has resolved its fine with authorities in the Western African nation, its executive chairman said on Thursday.

Go Pater lapha’ya, $1 billion for what?

Msholozi is there to discuss a number of matters, important to the two nations, I hope he does find a minute to grab the president’s ear. I hope he doesn’t forget to let the new president know that we have the likes of Denel, and I would have said, Eskom but well…maybe at another time. For now just mention Calgro…and others.