Financial markets are starting 2016 on a bleak note and China is to blame.

Stocks crumbled around the world, with emerging markets falling the most since August, as slowing manufacturing triggered a selloff that halted equity trading in Shanghai. Asian currencies weakened with metals and credit markets, while bonds jumped and the yen rallied on demand for haven assets. West Texas Intermediate pared gains, having risen as much as 3.5 percent after Saudi Arabia cut ties with Iran.

“It’s a nasty start for the year,” said Peter Kinsella, a senior currency strategist at Commerzbank AG in London. “It might be the New Year, but old problems remain. Chinese growth concerns have not gone away.”

The slump in developing nations harks back to financial turmoil in August that was fueled by China’s devaluation of the yuan. It shows the pace of growth in the world’s second-largest economy will remain key for markets in 2016 after a slowdown last year dragged emerging markets lower and sparked a slump in commodities prices. The Caixin factory index for China came in at 48.2 in December, missing the median analyst estimate of 48.9 in a Bloomberg survey, after the nation’s first official economic report of 2016 on Jan. 1 signaled manufacturing weakened for a fifth month, the longest such streak since 2009.

The MSCI All-Country World Index fell 0.9 percent at 10:40 a.m. in London, its biggest drop since Dec. 18. China’s CSI 300 Index of large-capitalization companies listed in Shanghai and Shenzhen fell 7 percent, setting off a circuit-breaker that suspended trading for the rest of the day. The Stoxx Europe 600 Index headed for its biggest drop in a month, falling 2.4 percent, as more than 580 of its companies fell.

The MSCI Emerging Markets Index slid 2.7 percent, the most since Aug. 24, the nadir of a selloff after China’s surprise devaluation of the yuan. Benchmark gauges in South Korea, Taiwan, Malaysia and South Africa lost more than 2 percent on Monday.

Chinese stock trading was stopped under the circuit-breaker rules that were finalized last month, which state a move of 5 percent in the CSI 300 triggers a 15-minute halt for stocks, options and index futures, while a move of 7 percent closes the market for the rest of the day. It took just seven minutes for the second halt to come into effect as shares tumbled after the first suspension ended, according to data compiled by Bloomberg.

Miners and carmakers declined the most among Stoxx 600 industry groups. Daimler AG lost 4.3 percent after its chief financial officer said it won’t spin off its commercial-vehicles unit, according to Boerse-Online. Continental AG declined 3.7 percent as the tiremaker may lose sales because of the emissions scandal at its customer Volkswagen AG last year, its chief executive officer told German newspaper Boersen-Zeitung.

Shire Plc dropped 2.9 percent as people familiar with the matter said the drugmaker is in advanced talks to acquire Baxalta Inc. for about $32 billion.

After two weeks of light trading during the holidays and a fourth straight year of advances, the volume of Stoxx 600 shares changing hands was 22 percent greater than the 30-day average.

“It’s never good to come in on the first day of proper trading to see this happening,” said Patrick Spencer, equities vice chairman at Robert W. Baird & Co. in London. “Volatility will continue to dominate the market this year. There’s short- term escalating concern in the Middle East and the Chinese manufacturing data is also is worrying markets.”

U.S. crude added 0.9 percent after Saudi Arabia’s embassy in Tehran was attacked to protest the Saudis’ execution of a prominent Shiite cleric.

Oil last week capped the biggest two-year loss on record amid speculation a global glut will be prolonged as U.S. crude stockpiles expanded at a record rate and the Organization of Petroleum Exporting Countries abandoned output limits.

Base metals fell, with nickel and zinc sliding more than 2.5 percent on the Chinese manufacturing data. Copper fell 2.1 percent.

Spot gold jumped 1.1 percent to $1,073.07 an ounce on demand for haven assets. The precious metal posted a third straight annual decline in 2015, the longest retreat in 15 years.

The yen touched 118.70 per dollar, the strongest level since Oct. 15 and the Swiss franc was also among the biggest gainers among haven currencies.

The Bloomberg Dollar Spot Index, which tracks the greenback against 10 major peers, slipped 0.2 percent. The gauge climbed 9 percent in 2015, a third straight gain. The yen had a record fourth annual decline, while the euro slumped a second year, as stimulus in Japan and the euro area widened the gap between monetary policy in those regions and the U.S.

Government bonds across developed economies rallied after a plunge in Chinese shares drove demand for the relative safety of sovereign debt, pushing Treasury 10-year yields down by the most in more than two weeks.

Benchmark German 10-year bonds opened higher, rising with European peers from Austria to France. The move echoes the reaction to August’s rout in Chinese shares that helped persuade the Federal Reserve to refrain from raising interest rates in September.

“The sharp drop in Chinese stocks and weaker PMI data is giving a hit to overall risk sentiment, so we are seeing some flight to safety and lower bond yields in response,” said Allan von Mehren, chief analyst at Danske Bank A/S in Copenhagen.

The yield on the benchmark U.S. 10-year note yield declined four basis points to 2.23 percent, the biggest drop since Dec. 17. The chance of the Fed boosting rates by its March meeting was at 48 percent on Monday, down from 51 percent on Dec. 31, according to data compiled by Bloomberg based on futures.

Perceived credit risk at European companies jumped the most in three weeks. 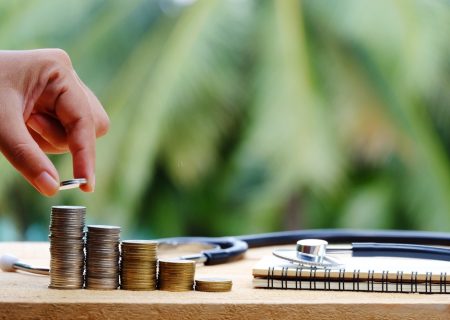